Serbian Fiscal Society cordially invites you to attend the Webinar on Alternatives to Taxing Artificial Intelligence & Robots, which will be held on 15 February 2021 (3 PM CET), in cooperation with IFA India, IFA Russia, and IFA Colombia. 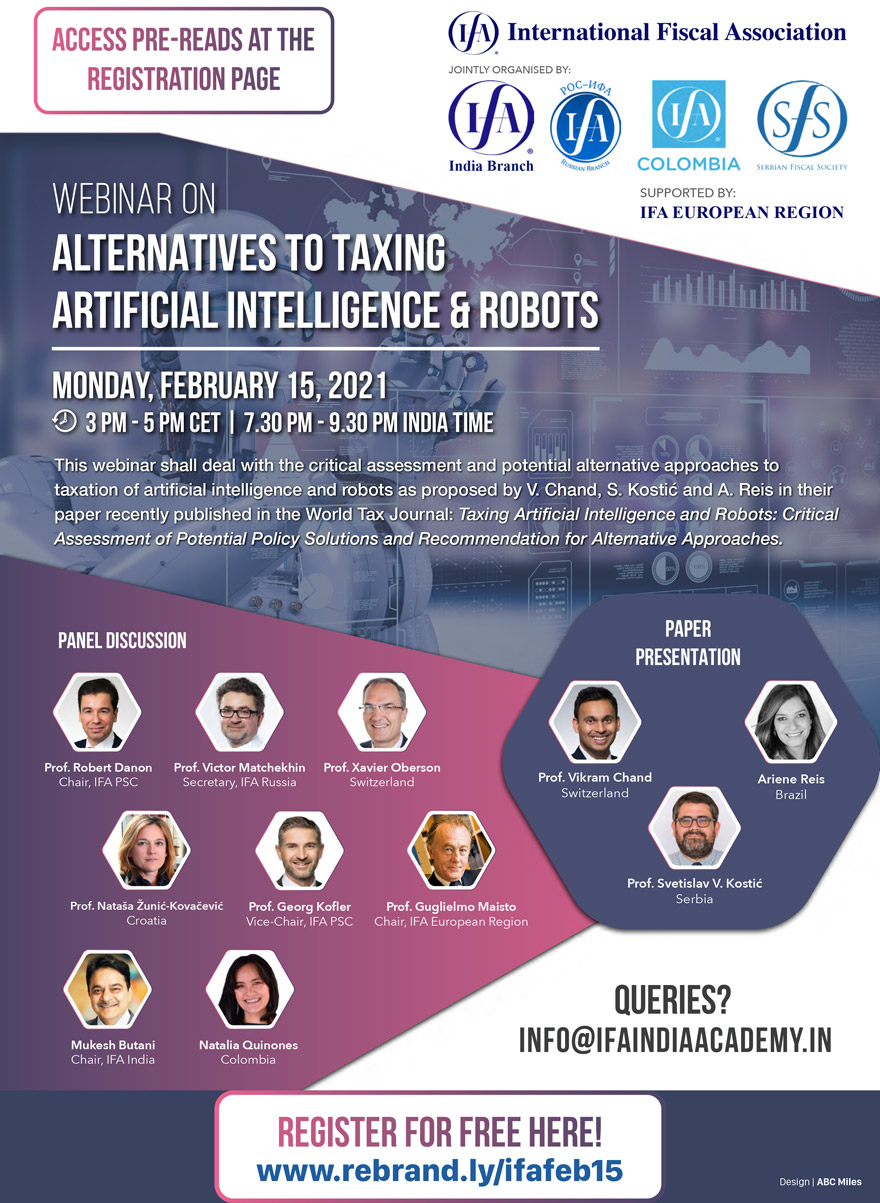 In 2016 the Serbian Fiscal Society commemorates its tenth anniversary. The foundation of the Serbian Fiscal Society on 11 December 2006 was coordinated with the International Fiscal Association (IFA) – the oldest and the most influential international professional organization in the field of taxation, with the membership that then stood at more than 11,500 from 96 countries. There were only 57 countries where IFA members have established IFA branches. Ten years later IFA has 12,500 members from 113 countries, out of which national branches exist in 68.

With one individual member directly linked to the Central IFA in 2006 (the signatory of this text), tax professionals in Serbia decided to establish an IFA branch. The establishment was carried out in accordance with the national legislation on associations of individuals, as well as with the IFA guidelines. The Association was named Srpsko fiskalno društvo (Serbian Fiscal Society – abbreviated: SFS).

The objectives of SFS, identical with the objectives of IFA, are the study and advancement of international and comparative law in regard to public finance, specifically international and comparative fiscal (tax) law and the financial and economic aspects of taxation. Having initially admitted 26 members that met strict criteria, SFS made possible for them to become IFA members – immediately after SFS had been recognized by IFA as its 53rd Branch at the 61st Congress of the International Fiscal Association held in Kyoto (30 September – 5 October 2007).

In the time of globalization the international tax issues are becoming increasingly numerous and of greater importance. Ever since its foundation in 1938 and especially in the period after the WW II, IFA has played an essential role both in the development of certain principles of international taxation and in providing possible solutions to problems arising in their practical implementation. It has been able to do so because its membership consists of high level representatives from both the private and the public sectors, including the universities, courts, tax administrations, ministries of finance, consulting and law firms and various non-governmental organizations. For almost 80 years of its existence IFA has maintained high standards in its debates and conclusions, pursuing its goals through its annual congresses, scientific publications (famous Cahiers) and research, following regularly current fiscal developments and changes in national legislations. Thus IFA has offered the necessary forum to experts belonging to different sectors of society, where opinions on topics of international taxation can be exchanged.

If you don't have an account, you can register here.